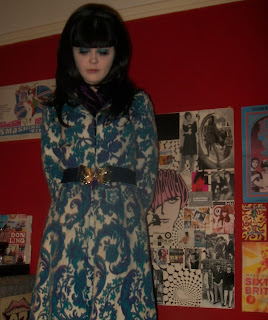 I do not often do any of these types of posts, but since opportunity presented itself, I thought, why not? My girlfriend and I took some photos before (and during) Temples gig in Brighton last night.She just got this great Liberty print coat from the late 1960's (We're not sure whether actual coat is from the 60's - there is no label on it - but fabric definitely is). 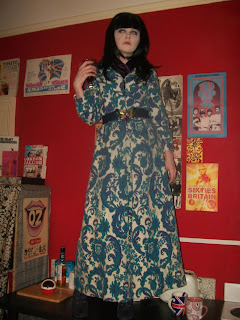 I recently got this great Beatle - style jacket with nehru collar.. 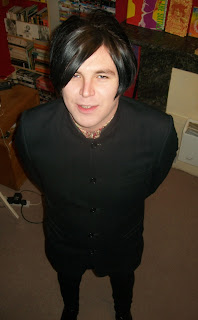 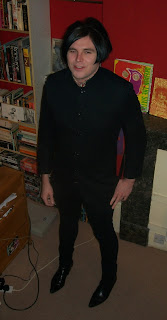 I wish I could say it's an original 60's garment, but actually it was made by an Italian high street label called Ciro Citterio which traded in Britain in early 2000's before going bust in 2005. Anyway, it goes great with my Mod/Psych look...

As for Temples, well, what can I say? It was a great gig. I don't usually talk about new bands here - I leave that to music bloggers - but Temples' modern take on 60's Psychedelia is something that readers of this blog should find interesting. As for a band which only debuted last summer and has one single out, Temples received a lot of attention so far, but , if last night's gig is anything to go by, the hype is much deserved. Their Shelter Song sounds just as good live as it does on the record. However, the song which really caught my attention was 'Keep Her In The Dark' (or 'Keeper In The Dark' - I am not quite certain here) - a stompy psych number in the style of  John's Children- era Marc Bolan (and a slight reminiscent of 'Inkpot' by Shocking Blue). I certainly can't wait for their debut album, which is supposed to come out sometime this year. 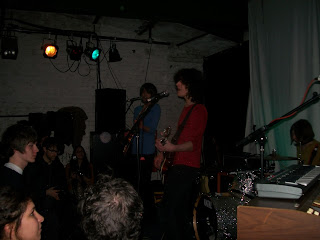 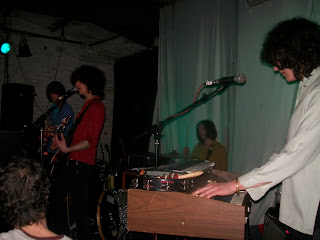 A great Psych song from 1967 - Let's Live For Today by Geordie band The Living Daylights  - a much better, more aggressive version (although much less popular) than one by The Grass Roots. A lost anthem of Summer of Love...


I've heard this song at the last Mousetrap few weeks ago, and I still can't get that riff out of my head...'Time To Say Goodnight' by The Martells from 1967.


Along with Temples, Dutch singer Jacco Gardner is on the forefront of the current psychedelic revival. His album Cabinet of Curiosities was released earlier this year to a critical acclaim, and he is doing an extensive tour in Britain this Spring. Although I like his mellotron/harpsichord-laden psychedelic ballads, I prefer his earlier project - The Skywalkers. Their song  Creature Of The Night is one of my current favorites.

Anyway, I'll end with a nice photo of my girlfriend in her 70's vintage outfit inspired by Mr. Freedom 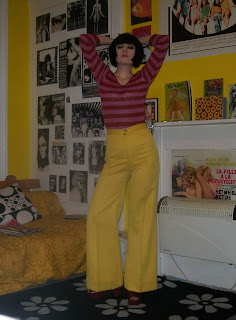 Edited to note: That Temples song is actually called 'Keep In The Dark'. Here's a video from that very gig...
Posted by Peter at 03:27

Great Post. Does your girlfriend have a blog? She has amazing style I'd love to see more of her outfits.

Thanks!
No, unfortunately she doesn't. One blog per household is more than enough. I'd do outfit posts more often, but we don't have a very good camera, so the photos we take have terrible quality..

Downloaded Temples' single a few months ago, was instantly struck by the psychedelic sound, might catch them in Manchester.