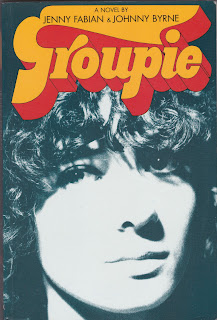 I finally got round to reading Groupie by Jenny Fabian and Johnny Byrne. This book, first published in 1969 quickly achieved cult status for more than one reason. Not only it was the first detailed insight into the groupie phenomenon and the world of sex, drugs and Rock n' Roll, but it was also the first  time the quintessential sixties slang was used in English literature. As Jonathon Green wrote in the preface to the 1997 edition: "Groupie" gets 22 citations in the Oxford English Dictionary from "downer" to "trippy" and "spliff" to "uptight", a mini-lexicon of Sixties-speak (p. iv).
The book itself is a fictionalised account of London's sixties underground music scene by  real-life groupie Jenny Fabian. I say 'fictionalised', but there's very little actual fiction in the novel - the names of bands, members, places,etc. are probably the only departure from reality. And everybody knew who the musicians in the novel were, anyway...Here's a list of the names in the book and their real life equivalents...


Unlike Pamela Des Barres's I'm With The Band, which was written from a perspective of a few decades, Groupie was written and published within few months in 1969. It can be seen as an advantage - all the events were still fresh in author's memory. But it can also be a disadvantage. The book is almost like a diary - there is not much of a story developing here, and the plot does not progress towards any sort of conclusion. It is strictly an account of what Katie (Jenny Fabian, obviously) does, without much of an introduction or ending. The book does not end - it cuts off, more like. Still, it provides a great insight into psychedelic underground of Swinging London. Most of the events in the book take place in 1968. It starts off with a graphic description of Katie's one night-stand with Ben of Satin Odyssey - Syd Barrett, literally days before his departure from Pink Floyd, who was already in a very bad mental state. Throughout the book, Katie has many one night-stands with various musicians, but she also has three 'regular' boyfriends - first it's Davey (Andy Summers), and then, when she moves in with Relation (Family) she has a love triangle with Joe (Ric Gretch) and Grant (family's manager Tony Gourvish). Some of the musicians are portrayed by Fabian in a quite a positive light, others less so. She was clearly infatuated with Andy Summers (Davey in the novel) - and she describes their affair as happy and harmonious. 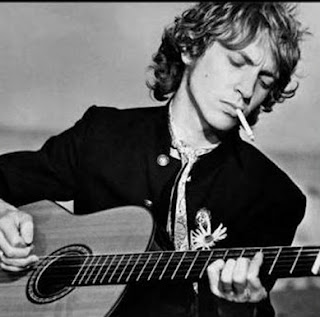 
1968 was a busy year for Andy Summers. He played guitar for Zoot Money's Big Roll Band and their psychedelic side project, Dantalian's Chariot, with whom he scored a small underground hit, 'Madman Running Through The Fields'. 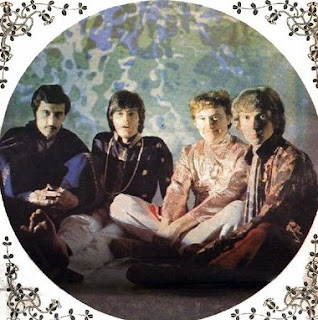 Around the summer 1968, Andy Summers joined The Soft Machine as a touring guitarist, and went with them to America, which put an end to his relationship with Jenny Fabian (although he was writing her passionate love letters). After the tour ended, he stayed in America,where he briefly joined late incarnation of The Animals. He reappears at the end of the book - him (Davey) and Jenny (Katie) decide to stay friends and he contemplates quitting music and going to acting school (which didn't happen - he stuck to music, eventually achieving stardom in the late 1970's as the guitarist of The Police).

After Davey's departure to America, Katie starts a relationship with Joe from Relation (Family's Ric Gretch). Now, if there's a villain in the book, it's Joe. Fabian portrays him as misogynistic, manipulative and generally rather nasty (and at the same time weak-willed and rather insecure). 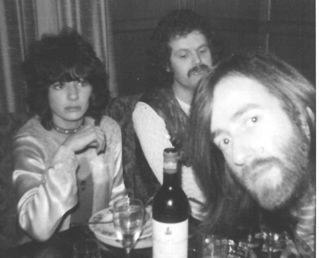 She dumps him for Relation's manager, Grant - probably the most complex of all the characters. Very masculine, dominating and also quite misogynistic, yet at the same time with a surprising soft side. Him and Katie have a pretty complicated relationship (which doesn't stop Katie from her pastime as a groupie).

Although she gets mistreated by a lot of men, surprisingly, you never hear Katie moaning about how rubbish men are - in fact, she enjoys mind games, which clearly shows in her relationship with Grant. Still, a lot of things written in the book indicated that sexual liberation and free love did not work as well as young people wished.

Katie is also quick to mention that she is not just a groupie - throughout all the time she works - first as a journalist, and then as booking agent/door girl for the hip club The Other Kingdom - Middle Earth, in real life. 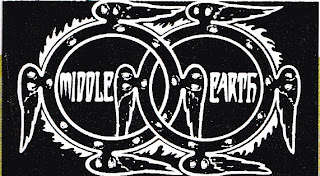 Logo and poster for a gig at Middle Earth, 1968


Middle Earth was a club in Covent Garden, famous for the psychedelic light projections. Anybody who was anybody played/was seen there between 1967 and 1968.  In Groupie, Jenny Fabian provided some interesting insight into how the club operated. 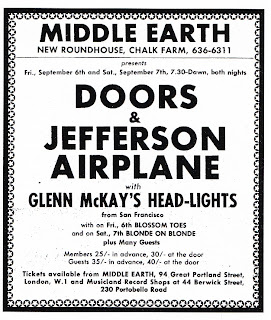 In 1968, Middle Earth moved from Covent Garden to a bigger venue - Roundhouse in Camden. There, it hosted even more high profile gigs - here's a poster for Doors/Jefferson Airplane concert, which Jenny Fabian mentions in the book - exceptionally using real band names. 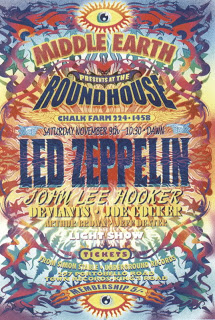 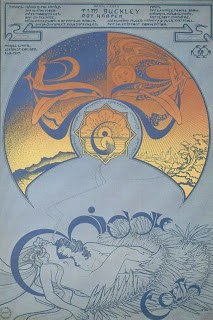 Poster by Michael English for an event at Middle Earth, 1968

Jenny Fabian was also involved in organising the ill-fated International Pop Festival in Rome,  about which she talks extensively in Groupie. 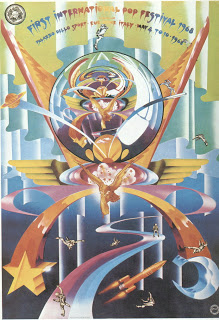 Poster for International Pop Festival in Rome by Michael English, 1968. 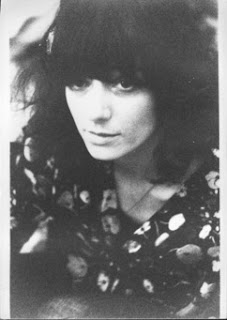 All in all, Groupie makes an enjoyable reading, especially to those who are into 1960's. It gives a fascinating insight into the scene, the music and the language of 1960's Swinging London. What struck me most about it was how clear the divisions between 'us' and 'them' were. You could tell  (as Katie in the book often does) almost instantly by somebody's clothes, language which category a newly met person was falling into. It was a kind of generational unity which does not seem to exist today. What a shame... 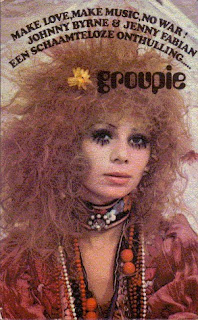 Dutch edition of Groupie, that's what I call a cool cover..

Wonderful post, will try to see if I can get my hands on that book. One tiny thing, that last cover seems to be Dutch, not German (at least the last line on the cover is in Dutch).

Great Post! Astonished at myself for never having got around to reading this book. Thanks!

The so called
"Poster by Alan Aldridge for Led Zeppelin's gig at Middle Earth"
never existed at the time of Zeppelin's debut for Middle Earth at the Roundhouse Chalk Farm.
JD

Johnny Byrne who co-wrote the book was an Irish (via Liverpool) beatnik poet who later went on to create the TV series Heartbeat. He also wrote scripts for All Creatures Great And Small, Space 1999 and Dr.Who.

The advertised line-up for this event was:
Led Zeppelin (this was their first UK gig under this name, they'd previously played as The New Yardbirds)
John Lee Hooker
Deviants
John James ( a brilliant fingerpickin' guitarist, still does the occasional gig)
Jeff Dexter (who was the MC)

NOTE no Arthur Brown, no Joe Cocker, they were booked for the following Friday the 15th Nov. With Arthur Brown also playing on Sat. 16th Nov as well.

If I could see a way of adding attachments I'd send you a copy of the poster for the gig.

And yes you've tempted me to try and find a copy of the book :)

The photo posted as "Jenny Fabian (left) and Ric Gretch (centre), circa 1968"
Is really Jenny, Johnny Byrne and Dr Sam Hutt (aka Hank Wangford aka Boeing Duveen from the Beautiful Soup)

I was renting a room from Jenny when she wrote Groupie. Here is my take on those years:

There is little generational unity today because Millennials seem to like their parents, perhaps a little too much! A Boomer, myself, I couldn't dislike my parents and grandparents as many the people in this book seemed to.

I would like to read this book but I can't afford to pay more than a fiver though I know it's worth more.