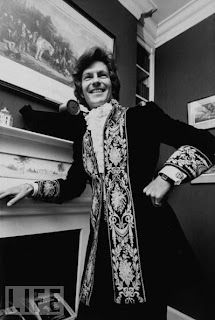 Fashion photographer Patrick Lichfield was one of the most flamboyant dressers in 1960's Swinging London. His full name was Thomas Patrick John Anson, the 5th Earl of Lichfield. He was Queen's first-cousin-once-removed.  Born in 1939 , he inherited the Earldom of Lichfield in 1960. Educated in Harrow and Sandhurst, after brief spell in Grenadier Guards, he decided to pursue his passion for photography in 1962. He chose the name 'Patrick Lichfield' - a combination of his christian name and his title - as his artistic pseudonym. He started his career as a photographer for Queen magazine shooting debutantes. Because of  his aristocratic background, he struggled for a long time to be taken seriously as a photographer, especially at the time when a lot of other leading fashion photographers - such as David Bailey, Terence Donovan or Brian Duffy - were from working class backgrounds. His first breakthrough came in 1965, when he was commissioned by Vogue magazine to take photos of Duke and Duchess of York - a reclusive couple who lived on exile in France. Lichfield's photos presented them as a relaxed, happy-looking couple. Diana Vreeland, an editor-in-chief of Vogue, was so happy with the results that she offered Lichfield a ten year contract.
Lichfield quickly became part of Swinging London's 'In-Crowd'. He was known for his distinctive, very flamboyant style. He was a close friend and a big fan of Michael Fish - during late 1960's he wore  clothes from Mr. Fish's boutique on almost daily basis. He also supported other young designers."Everybody who was anybody had an interest of some sort in a boutique - he wrote in his autobiography - "Mine was in Annacat in South Kensington, started by two of my old girlfriends, Maggie Keswick and Janet Lyle" (Patrick Lichfield, Not The Whole Truth, p 116). Lichfield's financial backing for Annacat - small boutique which opened in 1965 on 23 Pelham Street, certainly added to the prestige of the place. It was one of the few small boutiques which was featured regularly in Vogue. Janet Lyle's designs were characteristic for the use of vibrant, coulorful fabrics combined with lace trimming. Annacat doubled its first year's takings during its second (Richard Lester, Photographing Fashion: British Style in The Sixties, p 152) and in 1967 it moved to the new location on Brompton Road, and in 1968, it opened a branch in New York. Apart from the financial backing, Lichfield also had lent his name to the short - lived line of male clothing in Annacat. 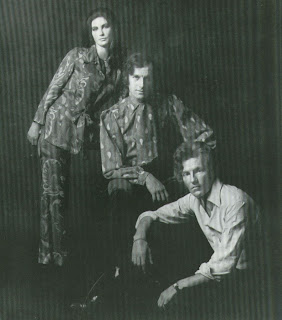 Patrick Lichfield (right) with two designers whose work he supported - Janet Lyle of Annacat (left) and Michael Fish (centre) circa 1968.

But Annacat was not the only 'hip' investment of Patrick Lichfield. He also financed two successful West-End shows - "Hair" and "Oh, Calcutta!". The star of 'Hair', singer Marsha Hunt posed nude for Lichfield, providing him with probably the most memorable photograph he took in the 1960's. 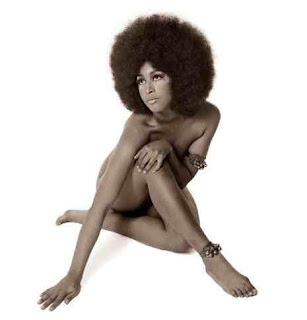 His other  photographic work includes the wedding of Mick and Bianca Jagger in 1971, various portraits of Royal Family, and most famously, the wedding of Prince Charles and Diana in 1981. 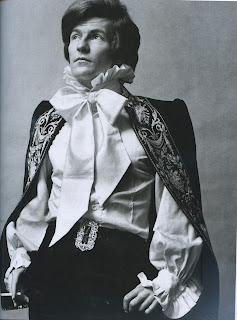 Patrick Lichfield died of stroke in November 2005. He contributed to the colorful world of 1960's fashion not only as a photographer but also as one of the most notorious wearers of the Peacock Style. 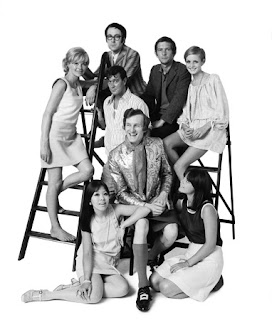 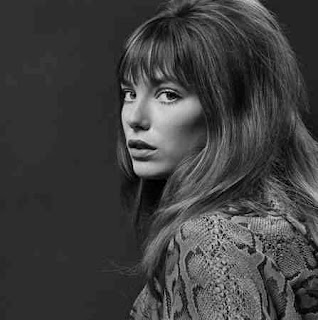 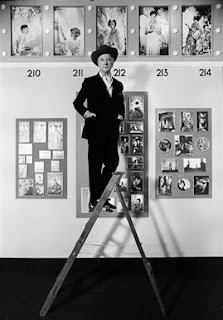 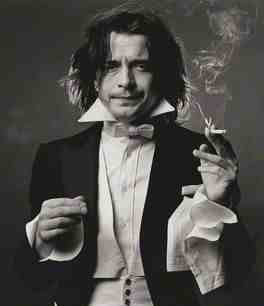 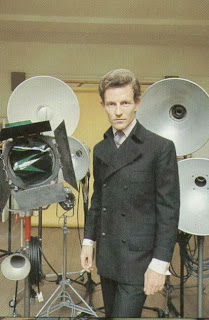 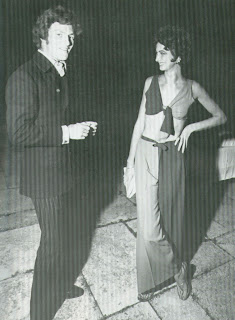 Patrick Lichfield with Allegra Carracciolo in the Bahamas, 1968. 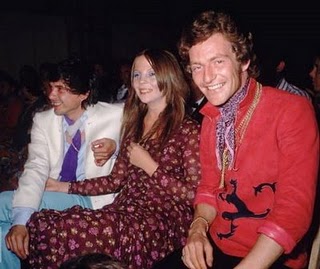 Above and below: Lichfield with fellow photographer (and close friend) David Bailey and his girlfriend Penelope Tree circa 1968. 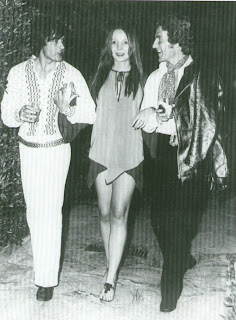 Good work; I posted a photograph of Lord Lichfield with Joanna Lumley to my Tumblr a few hours ago. I've also previously touched on some of the material you use here in various Mode Parade posts

Great stuff, just stumbled onto your blog as you are a follower of mine...it's distracting me from work, a welcome change!

I have seen the posts about Lichfield on your blog.
I must say that to me, Lichfield's life story and his overstated dandyism are much more interesting than his actual photography.It took him years of hard work to finally establish himself as a serious photographer. But in the sixties he was probably more famous for being an eccentrically dressed aristocrat, rather than photographer. Not everybody was impressed by his style. Here's what Nik Cohn wrote about him: "Of all the new fops , the most publicized was Lord Patrick Lichfield, the fashion photographer, a well-meaning and enthusiastic man but not necessarily a paragon of good taste, who so drenched himself in frills and furbelows as to look, as an acquaintance remarked, 'like a silent-film Scarlet Pimpernel'. despite this, or perhaps because of it, he swept all before him. He monopolized the gossip columns, appeared at premiers and was profiled by American magazines.He made his gamekeepers wear bottle-green corduroy breeches and was, for one season at least, the social darling of New York" ("Today There Are No Gentlemen", p 96).

I like his photos of Britt Ekland, except for that one where they are both dressed in biker gear (from 1970, I think). She may be looking relaxed but he is decidedly uncomfortable....


Wilthomer, thanks for following, I do enjoy reading your blog as well.

As an older art collector since my wife passed away, I must admit to being very partial to collecting nudes in art, as original paintings or as good prints, that I have displayed all over the house. (I like to see the surprised faces of my new visitors).
This one,
http://en.wahooart.com/A55A04/w.nsf/OPRA/BRUE-8LHTDD, by Emile Munier, is hanging in one corner of my bedroom and was printed by wahooart.com, where I am a very good customer.