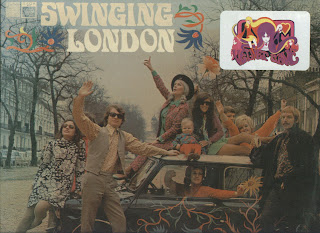 Not long ago, I picked up this LP in a bargain bin in one of Brighton's second-hand record stores. It is titled Swinging London and it's a joint project by two very minor bands - The First Impression and The Good Earth. The album was released by Saga Records in 1968 and it was a blatant attempt to cash-up on Swinging London phenomenon. The photo on the front sleeve doesn't leave out any of  the 60's Swinging London cliches - girls in minis, boys in a newest gear, psychedelic mini, Chelsea location (photo was taken on Royal Avenue, to be precise) - it's all there. The models could have done with some better clothes. In fact, the whole thing could have done with better looking models. I can't quite figure out whether the whole thing was intended as pastiche, a bit like movie Smashing Time, or not. People responsible for that photoshoot, probably couldn't either - they hoped that the words 'Swinging London' stuck on a cover would make it a definite winner. 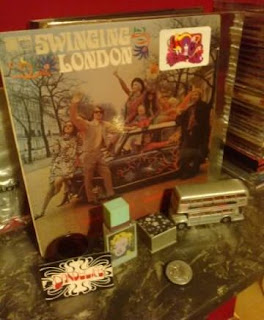 As someone who's obsessed with British Psychedelic 60's, I like that sleeve - Even though it's a little bit naff - and  have it displayed on one of my mantelpieces (I've put Velvet Cave sticker where the sleeve was damaged by numerous price tags). 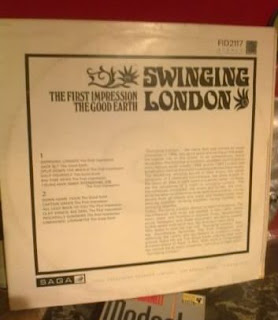 Text at the back sleeve is just as full of clichees as the photo at the front.. 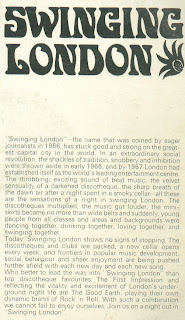 As for record itself - it's not just bad - it's absolutely awful. I love British Pop-Psyche (Popsike) even from the saccharine end of the spectrum - like pop records of The Move or The Herd, for instance - but I can't find any redeeming qualities in the efforts of The Good Earth and The First Impression. It is a combination of cheesy lyrics, forgettable melodies and general workig men's club-vaudeville- feel that makes Engelbert Humperdinck sound like Jimi Hendrix. The opening song - Swinging London Scene by The First Impressions could as well be one of the contenders to a Worst Song Of The 60's title.

I did some research online, and while not much is known about The First Impression, it turns out that The Good Earth were an early incarnation of one-hit-wonders Mungo Jerry whose five minutes of fame came in 1970 with the single "In The Summertime"...I can't say I was surprised, really. 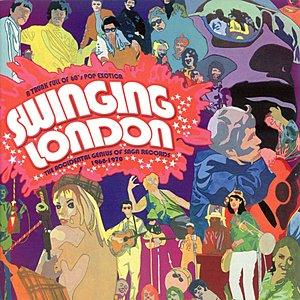 Compilation Swinging London - The Accidental Genius Of Saga Records 1968 - 1970 released in 2008 shows the label had some decent Pop/Psyche acts at the time, so why did they choose The First Impressions and The Good Earth for their Swinging London record, is a mystery.

If you ever see this vinyl in second hand record store or on e-bay, do give it a miss. Unless, of course, you only buy it for the cover....
Posted by Peter at 21:49

Excellent post. A friend burned me a CD-R of this LP a few years back and I was clueless to it's origin. It didn't leave any impression whatsoever, in fact i think I'm going to root it out and have a listen again!

I was given this album as a gift in the early 70s. some very good tracks. I'm playing it right now!