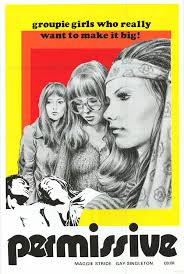 The film Permissive, directed by Lindsay Shonteff and released in 1970, was another British movie penetrating the promiscuous Rock scene of late 1960's and early 1970's. Just like Groupie Girl (also made in 1970), Permissive, focuses on the groupie phenomenon. The film tells the story of Suzy (Maggie Stride) - a shy and slightly naive teenage girl who comes to London to stay with her old friend Fiona (Gay Singleton). Fiona is an experienced groupie, who hangs out with prog band Forever More (who were a real-live band signed to RCA). She introduces Suzy into a world of scuzzy toilet venues, musicians on the rise, dodgy roadies, grubby hotel rooms and of course, sex and drugs.. 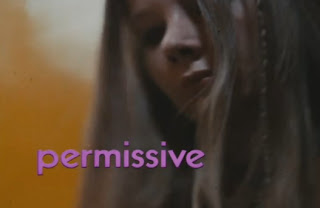 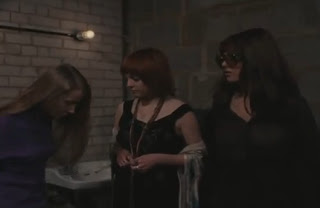 But soon, the student beats the master. Initially shy Suzy quickly finds her way in this new, promiscuous world, which inevitably lead to a conflict with Fiona, since they both fighting for attention of Forever More's lead singer Lee (unbelievably hairy Allan Gorrie). 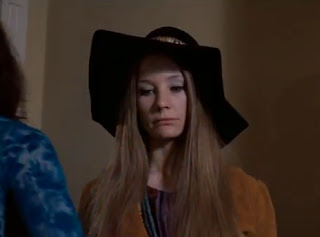 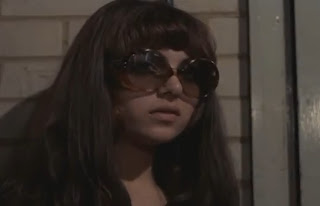 There are interesting similarities between Permissive and Groupie Girl. Both films were made with an intention to cash-up on notoriety of groupies and rock musicians. Both sought to explore - not necessarily exploit - counterculture. Both were made by directors known for making sexploitation flicks, which resulted in Permissive and Groupie Girl being unfairly branded as such. Although sex exploitation is depicted in both films, it is not a main focus point of either. It would be wrong to put them in the same category as, for example, Confessions Of Pop Performer (1974). Neither Groupie Girl nor Permissive try to glamorise the scene or a lifestyle.But although the films were aimed at the older audience, they don't overly try to moralise or condemn the choices of protagonists (something American films of the era often did). Permissive and Groupie Girl are characterised  by their brutal realism which brings to mind kitchen-sink dramas of early 1960's (such comparison is furthered by unmistakably British sets -  gray skies, rain etc. and the depiction of grubby, un-swinging London in Permissive). 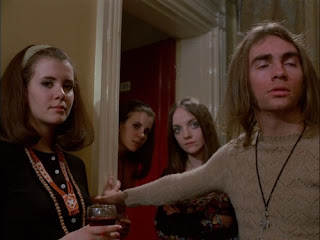 But there are substantial differences between two films as well. Unlike Groupie Girl, Permissive almost aspires to be an arthouse film which is particularly visible in the way film was shot. There is a generous use of flash-cuts, clearly inspired by Easy Rider (1969). Just like in Easy Rider, where you can see a flash-cut premonition of Peter Fonda's and Dennis Hopper's death during a scene at the brothel, in Permissive, the viewer is teased with the flash-cuts of future (and past) scenes all throughout the film, but without major disruptions in film chronology. 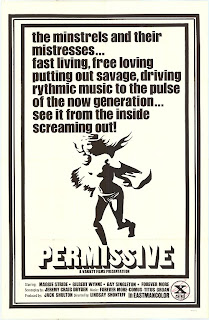 But the biggest difference between the two films is whom the films vilify. In Groupie Girl,, it was the musicians.In Permissive, it's the groupies.As  film critic IQ Hunter writes in his essay about Permissive, "If not exactly feminist, the film echoes feminist disillusionment with the counterculture's ideology of free love. As in "Groupie Girl", the men are arrogantly misogynistic and possessive and women are tolerated insofar as they are useful for sex or chores. (...) Suzy succeeds as as a groupie because she understands the band's misogyny(...) and learns to beat the men at their own game of strategic promiscuity (...) What is missing of course is any sense of female solidarity, and it is Fiona who pays the price for Suzy's own icily methodical exploitation of men's fecklessness and lust.

The original score in permissive is really good - a mixture of heavy psych and prog. Acts that contributed songs to Permissive (apart from Forever More) include prog rockers Comus and Titus Groan.

And, of course there are some great 1960's and early 1970's fashions, both male and female. That alone is a reason enough to watch Permissive... 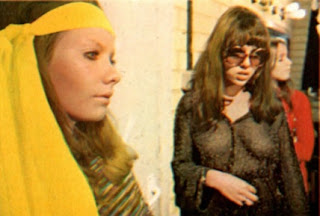 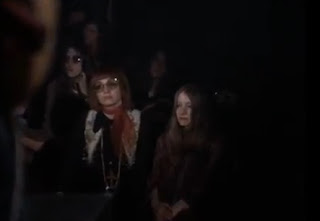 Permissive was recently released on DVD by BFI Flipside. One of the bonus features on the disc is an hour- long comedy from 1971 titled Bread. This film, dug out from a deep obscurity by BFI, was directed by Stanley Long and written by Suzanne Mercer (who, incidentally, were both involved in Groupie Girl - Suzanne Mercer wrote a script based on her own experiences as a groupie). The film follows the misadventures of a group of hippies, who decide to organise a rock festival on the grounds belonging to rich businessman. It is a pretty funny comedy of errors and while watching it, I couldn't help wondering whether it inspired short-lived (but much - underrated) 90's sitcom set in 60's titled Hippies, which starred young Simon Pegg... 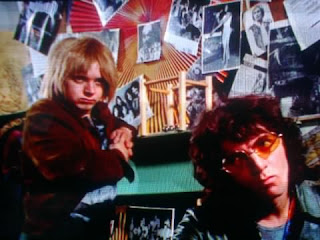 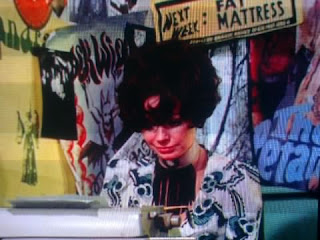 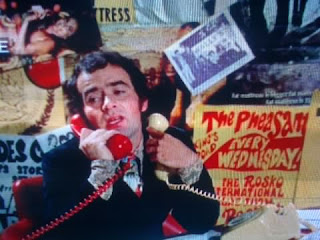 I recommend both, Permissive and Bread to anybody who is interested in music and fashion of late 1960's/early 1970's counterculture.

Source of the quotation: Essay "Permissive" by IQ Hunter in a booklet  - part a BFI Flipside DVD release of "Permissive".
Posted by Peter at 21:46