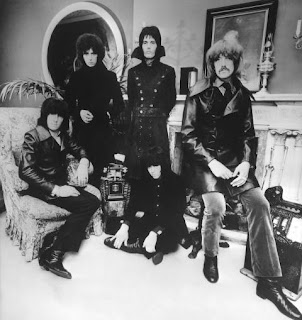 Before Deep Purple established themselves as a hard rock band in early 1970's , they started off as one of the most promising psychedelic/progressive acts in Britain. Their 1968-1969 line-up with Nick Simper on bass and Rod Evans on vocals recorded two great heavy psych albums inspired by what bands like Vanilla Fudge or Iron Butterfly were doing around the same time. When they scored their first American number one hit with 'Hush', they invested in some new clobber at Mr. Fish's boutique.As Jon Lord (far right in the photo above) remembers:  That leather coat cost more than I'd earned in my entire life. It was all bought one mad afternoon at Mr. Fish. Working-class lads being dressed by a top designer, we weren't going to say no. We wanted to be a progressive band but we didn't know how. I remember thinking it was the most wonderful time, with total freedom (Uncut, Issue 163,December 2010, p 16). 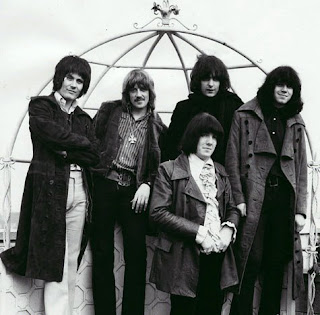 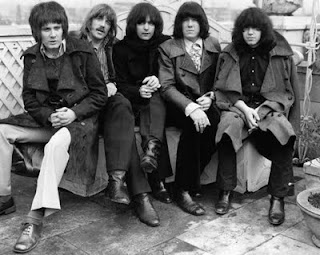 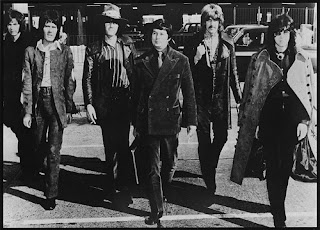 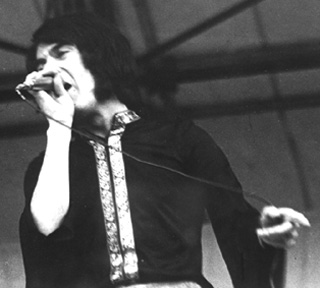 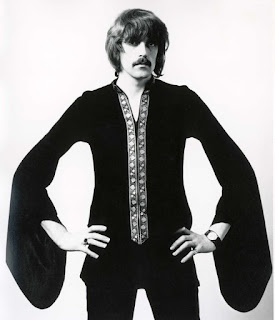 Rod Evans and Jon Lord wearing what looks like the same kaftan, 1968 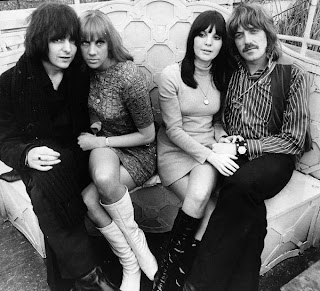 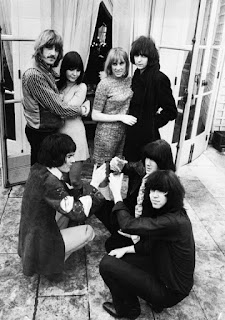 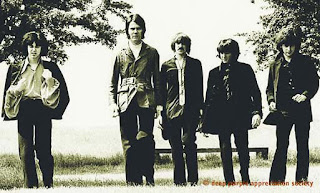 
Deep Purple Mk I doing a psych/prog version of Beatles' 'Help!' in 1968. I love that coat Ritchie Blackmore is wearing...

Great pictures. I interviewed Nick Simper years ago about his Deep Purple days. Might dig it out and repost it.

On the Deep purple subject, have you ever seen the pic of Ian Gillian and Justin Hayward from '67 wearing some ludicrously patterned gear from a modelling shot?

Yeah I know that pic. They are wearing psychedelic kaftans. Who were they modelling for? Was it a fashion ad? There's not much information about that photo..

Excellent piece - even if Jon Lord is far RIGHT in the top photo. Thanks.