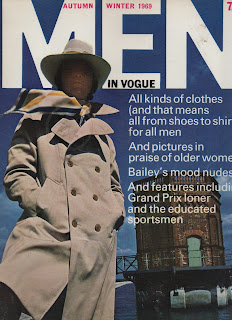 Three issues of Men In Vogue are currently for sale on ebay. This short-lived edition of British Vogue is something of a holy grail for collectors of 1960's fashion magazines. Copies are rare as hen's teeth, and hardly ever pop up even in the auction houses, let alone ebay.  The only copies in existence that I knew of, were in the archives of  V&A. Until now, the only glimpse I had into that magazine was when my dissertation tutor at University showed me some of the photocopies he took at V&A.  I remember it was a pretty exciting stuff - some great examples of 1960's Peacock style, with regular features on such designers as Michael Rainey, Rupert Lycett-Green or Mr. Fish, and great photoshoots by David Bailey, Michael Cooper, Patrick Lichfield and many others....
Luckily, the ebay seller took photos of  few pages of the magazines, which I put up here.

Men In Vogue was a quarterly magazine published in London between 1965 and 1970. The fashion editor of the magazine was Christopher Gibbs - Swinging London scenester, style arbiter and notorious dandy. The existence of the magazine coincided with the Peacock revolution in male fashion in 1960's, and the style was championed by Men In Vogue. 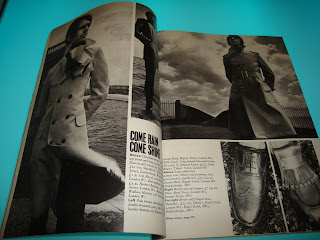 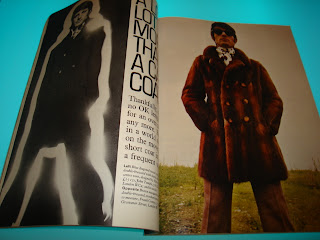 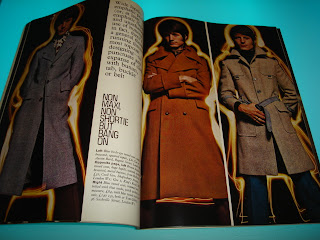 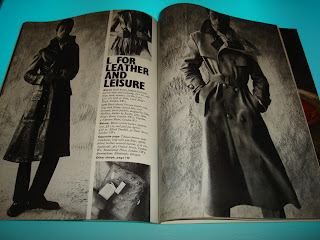 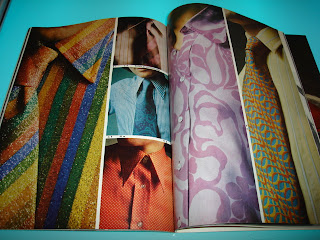 Autumn/Winter 1969 issue. Those amazing coats are from Austin Reed 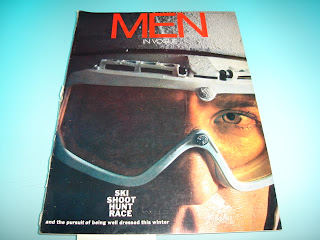 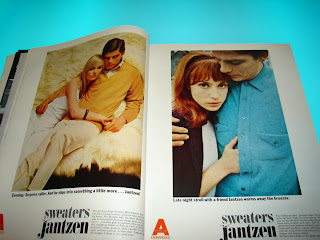 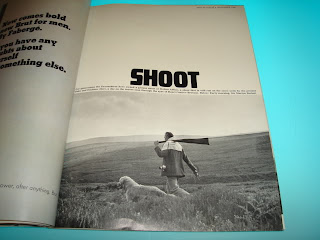 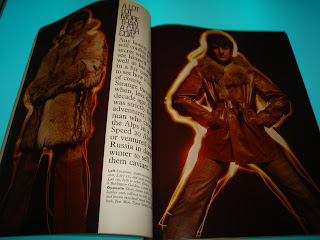 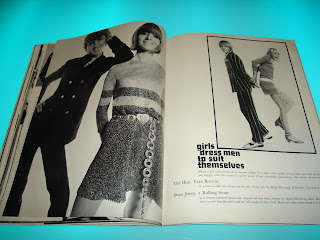 The magazines are priced between £120 - £200 (way beyond my budget, unfortunately). All three copies together will set you back nearly half a grand. Something for  a 1960's fashion enthusiast with a lot of cash to spare - perhaps some fashion blogger, who could scan and share them properly?

I have a fall-y-apart-y copy of the 1966 one, which I found in a charity shop! I've scanned a few bits so far, but always happy to scan some more...

I didn't know anything about this, I'd love to get my hands on a copy but not sure I want to part with that much cash. Hopefully someone will scan a copy soon, the images are beautiful.

Would be so great to own these,can just imagine the amount of information and photographs contained within, really wish I was a millionaire blogger..i'd definitely scan and share! I'm sure it's all on view in the Vogue online archive..but unfortunately they're currently charging over $3000 per year for individual membership to catch a glimpse of it .

Extra eerie since neither Tara nor Brian made it to the 1970s or even to 30 years old.