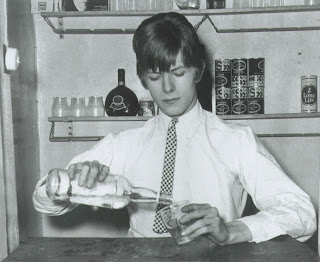 Before Thin White Duke, before Alladin Sane, before Ziggy Stardust , David Bowie was one of the 'faces' of the London Mod scene. At the time, between 1965 and 1966, he released few singles for Pye Records. And even though the singles "I Dig Everything" and "I Can't Help Thinking About Me" did not make it to the charts, they definitely put young Bowie on a map and gave him a fair amount of press attention as a rising young talent. 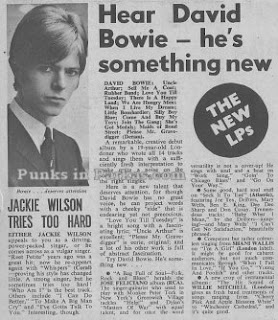 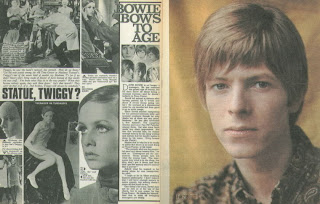 The feature on Bowie in Fabulous magazine (30.09.1967) right next to an article about Twiggy. The two would pose together six years later for a cover of Bowie's album Pin-Ups. 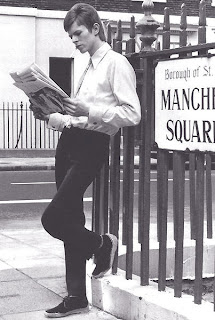 Bowie's style from 1965-1967 was absolutely immaculate - one of the finest examples of 1960's Mod look. Three-button suits, white button-down shirts and inch-wide ties - it was minimal, simple, and yet sharp and cool as an ice cube. 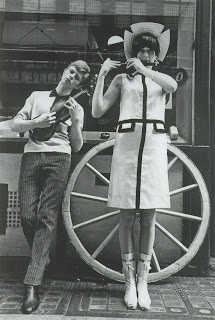 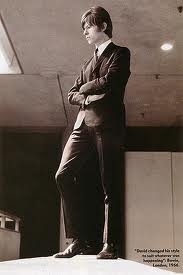 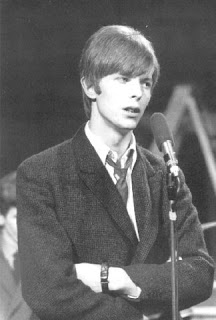 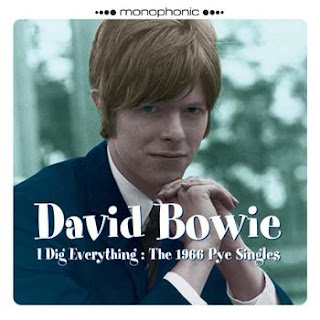 Bowie always felt warmly about his Mod period. In 1973, he paid homage to his Mod roots by releasing Pin-Ups - an album on which he covered songs by bands such as The Who, The Kinks, The Pretty Things or Them (it has to be said - he completely butchered "Anyway, Anyhow, Anywhere" and Kinks' "Where Have All The Good Times Gone?". His version of Easybeats' "Friday On My Mind" was pretty good, though). 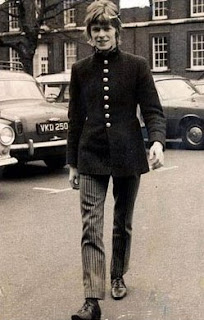 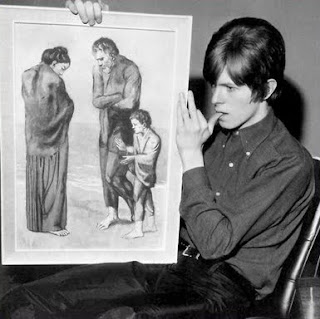 Bowie musical output from 1965-1966 period is relatively obscure, but it is still worth attention. It is probably better than his Syd Barrett-influenced, self-titled debut album ("Laughing Gnome", anyone?).

Finally, I bet you did not know this: In 1964, Bowie started a Society Of Prevention Of Cruelty To Men With Long Hair, and he appeared on BBC Tonight.

I highly recommend the book "Any Day Now:David Bowie The London Years" as it's chock full of amazing pics, scans and news clippings of Bowie in the 60's!

Great overview and what a fun clip from the tele! You can see how he got his teeth fixed did David Jones, ever so polite though.

The cover of Any Day Now threw me as I have so much of the Aladdin Sane/Ziggy era but so little on the earlier daze, I know better now but a bit pricey for a paperback isn't it?