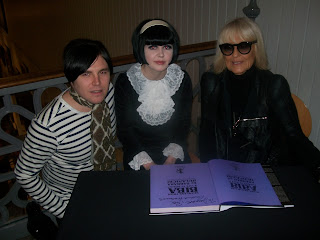 Myself, my girlfriend and Barbara Hulanicki, Brighton, 15.12.12

Yesterday, my girlfriend and I met Barbara Hulanicki, legendary fashion designer and founder of Biba. Ms. Hulanicki was signing copies of her newest book Seamless From Biba at Brighton Museum. 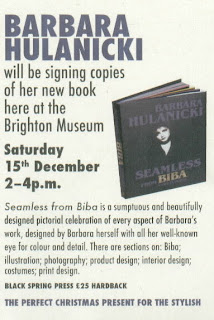 The signing was a part of current exhibition at Brighton Museum, Biba and Beyond. 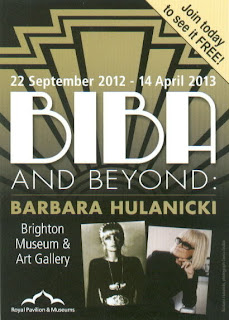 I am not going to talk about the exhibition, as it's already been covered well on other blogs, but it is a must-see for anybody interested in 1960's fashion.
The choice of Brighton as a location for this exhibition is not an accident. Barbara Hulanicki has strong links to the city. She grew up here, and she studied at Brighton School of Art (now part of University of Brighton).
Brighton also had its own Biba boutique between 1966 and 1968. 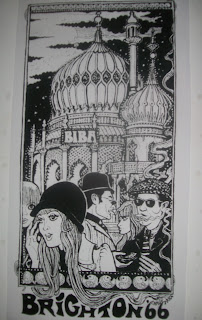 Poster by graphic artist Chris Price (long-time collaborator of  Barbara Hulanicki, who  contributed largely to Seamless From Biba) comemorating opening of Biba in Brighton in 1966 (first appeared in the book SInBiba in 2004)

Seamless From Biba is a fascinating account of Barbara Hulanicki's hugely succesful post-Biba career. The book contains forewords from long-time friends and collaborators Twiggy, Chris Blackwell, Molly Parkin and Felicity Green.  There are plenty of amazing photographs as well as 'verbal vignettes' by Delisia and Chris Price. Just like the exhibition, the book is a great  account of the career of Barabara Hulanicki - one of the most influential designers of the 20th century. 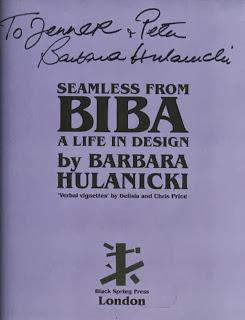 Our signed copy of Seamless From Biba. We had a lovely little chat with Ms, Hulanicki. She said to my girlfriend: 'I love your face, it's amazing'. Now, isn't it nice?...