My lovely hometown, Brighton, has always been strongly associated with Mod subculture (well, at least since 1964 - a year of famous Mods vs.Rockers clashes during May Bank holiday weekend). It is only appropriate that New Untouchables - a promotion company from London specializing in Mod/Soul/Psych clubnights, chose Brighton for their Mod weekender - a 3 day event which usually includes clubnights, gigs, record fair, vintage clothing fair and an exhibition. Since 2006, every August Bank holiday, the Mods from all over the country come to Brighton to dance to their favorite music, show off their suits, scooters, etc. This community of 1960's obsessives  recently had been a subject of the photo book by Horst A. Friedrichs titled I'm One - 21st Century Mods. It is a good account of a contemporary Mod/Psych scene focused around New Untouchables and other London clubnights such as Mousetrap. 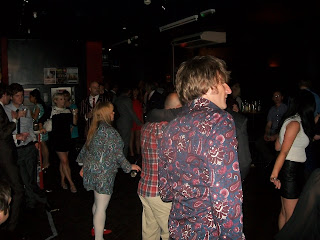 This year's weekender was the first one ever to sell out, which can only mean that the popularity of the scene is growing. Daytime events at the Volks - popular seafront venue in Brighton, consisted of mini vintage clothing fair, and live performances by  60's Garage revival bands such as  Thee Vicars and The Higher State. The evening events at the Komedia saw top 60's scene dj's spinning their precious vinyl records. In theory , the two rooms of the Komedia were supposed to be Psychedelic/Garage room and Northern Soul room. However, the Psych room usually was turning into second Northern Soul room after about 2 hours. I would say that about 75% of music played  during those 3 days was Northern Soul. Which, in my modest opinion, is a bit unfair to the Psych/ Garage fans such as myself. My Other criticism would again concern certain dj's and their annoying tendency of talking over the microphone between  songs. When you are feeling all excited by hearing your favorite obscure soul/psych/garage song in the club, you just want a dj to play the next number - not give you a 45 second - long history of the band that recorded the song. 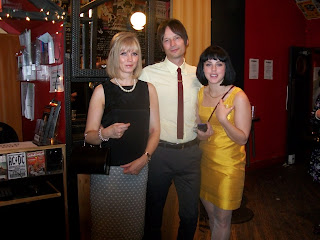 And Clothes? Well, what can I say? I was very impressed by the ladies. Be it Mary Quant look, Grace Slick look or space-age Barbarella-style look, the female part of the crowd got it right to the last detail. Looking at the ladies, you could really feel like you stepped into 1967 or 1968.
I was slightly less impressed by men. Unfortunately, the majority of them were middle-aged Paul Weller lookalikes. Not to say, that they did not make an effort - some of them were dressed in the most amazing tailor-made suits, but they tended to look more like late 1970's revivalists, rather than original 1960's Mods. Perhaps , it is just my personal taste - I absolutely loathe late 70's/80's mod revival and all its crimes - bad haircuts ( the combination of short fringe, spiked top and long-ish back), checkered shoes, target t-shirts and dreadful bands such as The Lambrettas or the Purple Hearts.
I am also not suggesting that there weren't any young people there - there was plenty of them, and it is great to see that 1960's music and fashion continues to acquire so many young enthusiasts. I myself had a great weekend,  and I encourage anybody who is passionate  about 1960's music and fashion to come to future New Untouchables events.
I took some photos, but unfortunately they do not do justice to the clubnight. Most of them turned out to be unusable.It is hard to have a good time and take good photos at the same time. 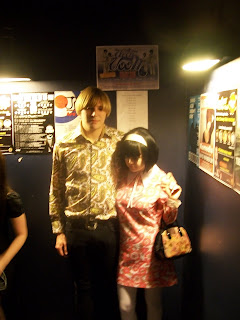 One of the few passable photos. Me and my girlfriend in our psychedelic attires. 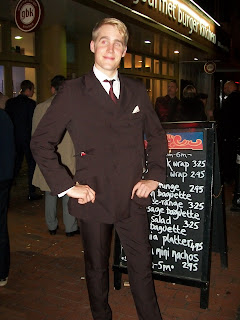 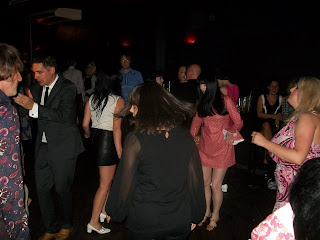 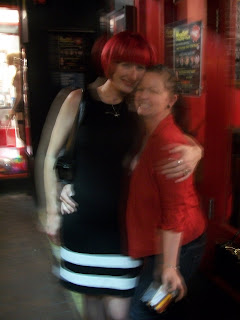 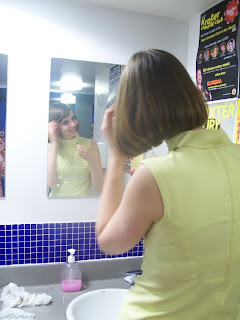 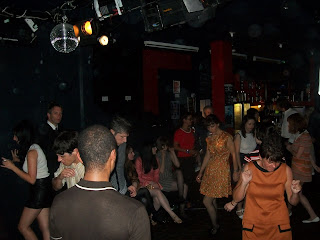 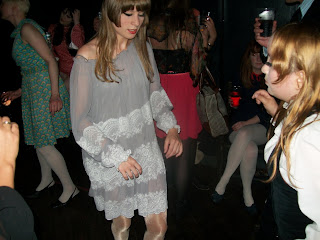 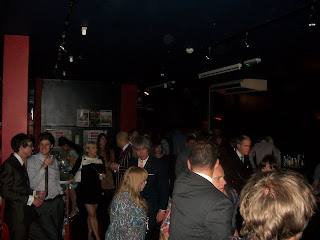 For better photos and  information about future events, visit www.newuntouchables.com
Posted by Peter at 00:02

Thanks for your comment and correction on my blog, I have rewritten that information from a book and it's propably wrong, so I apologize

I don't want to look stupid, but I'm becoming a big Polanski's fan and today I saw The Tenant and I think I quite didn't understand it, especially the end. You corrected some information about Roman Polanski on my blog, so I thought, you can explain it to me, Can you ? I don't know what was just his imagination and what really happened, etc....
Thank you in advance :)

Gosh I haven't been to a Nuts do in like 10 years, you all look v dandy tho!

Hey, thanks for the follow! This gig looks fantastic, something I would love to be able to attend!

What is this fuckery?! Ack, how pompous!!