Kaleidoscope on French TV in 1967 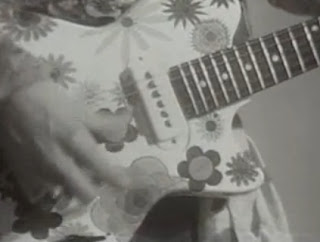 This footage has been up on YouTube for quite a while, so most of hardcore  fans of British psychedelia probably already know about it, but for those who don't (I only discovered it few days ago) it is quite a treat. It is the only known footage of Kaleidoscope -  a 60's psychedelic band from London, performing a song "Flight From Ashiya" from their album Tangerine Dream on French TV show Le Petit Dimanche Illustre in late 1967 (22nd October, to be precise).

The singer Peter Daltrey is sporting a perfect Peacock look - velvet jacket and white frilly shirt spiced up with a massive brioche. 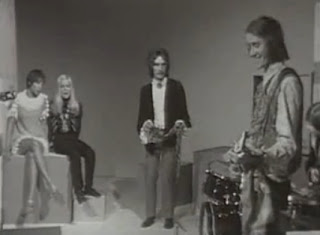 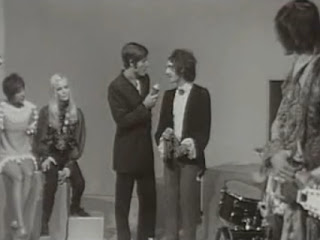 Hanging around the studio are two great looking French dolly birds. The one with a bob is called Haydee Politoff. She was one of the top fashion models in France at the time, known for her work for Paco Rabanne. Around the time when this footage was shot, she appeared in Eric Rohmer's film La Collectionneuse, where she played promiscuous "Minet" (French for Mod) girl who constantly leads boys on, only to dispose of them after sex (sounds a bit like a French, female version of Michael Caine's character in Alfie. I haven't seen La Colletionneuse - I usually can't stand French New Wave - but I must say I am quite curious about this one). 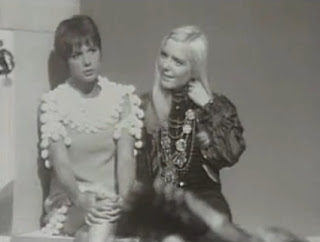 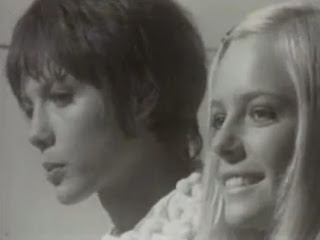 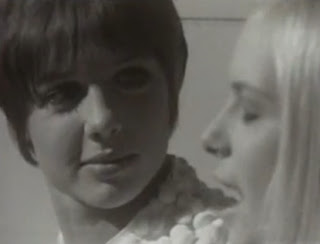 The girl with long blonde hair is of course, one of the most famous French singers of 1960's, France Gall - a winner of Eurovision Song Contest in 1966 (It is hard to imagine that there was a time, when Eurovision was actually good). In this program, she performed her newest hit "Teenie Weenie Boppie" (Sadly, it's not included in this footage). Accompanying her on the piano was the author of the song, legendary French singer-songwriter Serge Gainsbourg  - although you can barely see him in the footage. 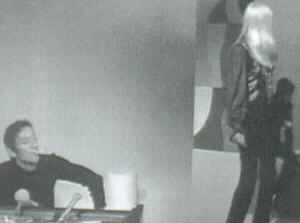 It is great that this long thought lost TV performance, finally re-emerged. It brilliantly depicts the music and the fashion of 1967  London psychedelic underground.

I HIGHLY reccomend Peter Daltrey's book "Tambourine Days: The Definitive History of Kaleidoscope & Fairfield Parlour" if you have not read it already. Halfway through it now. He was as surprised as we are to see that clip pop up!