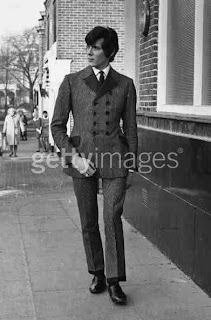 I have accidentally found this photo of very sharp-looking gent from 1960's. It turned out to be Nicholas Hoogstraten - an infamous property magnate, a man who to this day is said to own half of Brighton (at least). In 1960's he was the youngest self-made millionaire in Britain. This photo was taken in Hove in 1968. He is wearing the same suit as Bill Wyman wore for Stones photoshoot in Green Park in January 1967. 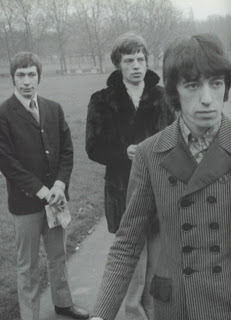 It is very likely that this amazing suit was from Dandie Fashions. It looks very similar to the Dandie Fashions suit modeled by Alan Holston on the photograph below.In fact, it is exactly the same cut, although the fabric is different.
It is always great to find some   new photos of clothes from that fantastic King's Road boutique. 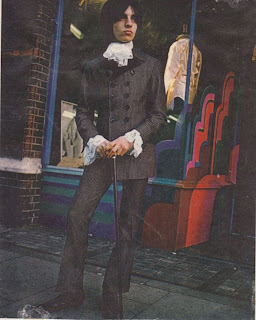 I've awarded you Tell me about yourself award, visit my blog to see :)