The New Psychedelics - a Revival That Never Was? - Pt.2 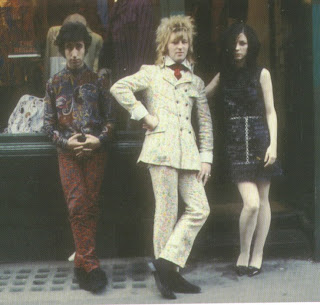 Few months ago, I did a post about 1980's Psychedelic revival. All I had was few photos, and a brief mention of a Newburgh Street boutique called the Regal. I was really interested in the subject, so I ended my post with a question whether anybody knew anything more about that revival. Needless to say, I was very excited when last night I found this film on YouTube uploaded by Velvet Cave. It is an hour-long documentary titled 'Groovy Movie' about 1980's Psychedelic revival in London. The film answers all the questions one might have about that scene.

You can see footage from their club nights, videos for revival bands such as Mood Six or Marble Staircase, interviews with people who were there, and most importantly, you can watch an interview with the owners of The Regal and look at their amazing clothes. So click on the link and enjoy the obscure second coming of 1960's Psychedelia. 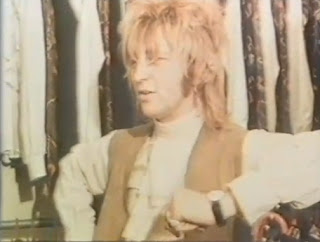 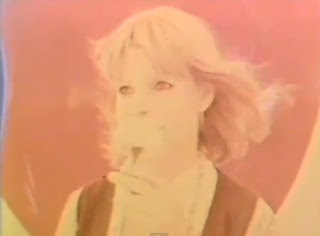 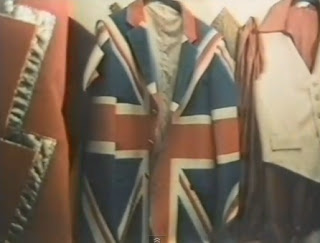 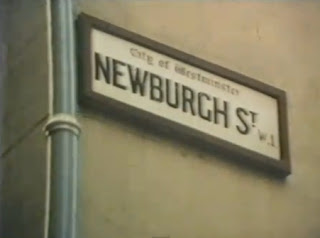 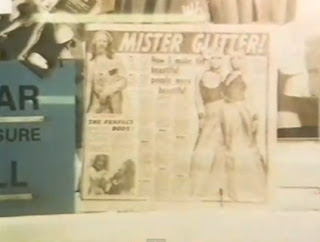 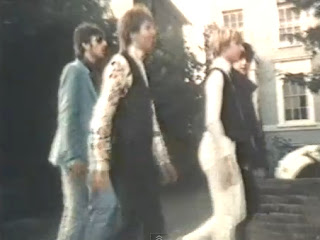 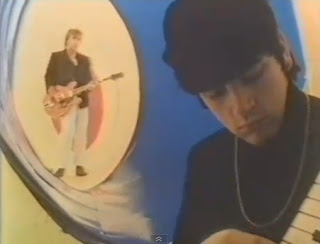 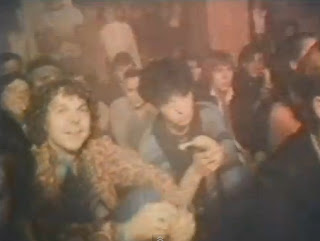 Stills from The Groovy Movie

Edited to note: Read my interview with Anne-Marie Newland, who in 1980's owned Sweet Charity boutique and was a drummer in psych revival band The High Tide.
Posted by Peter at 13:20

The original Regal in Kensington Market was a great shop. In the very early days, a few of us used to gather there at opening time to socialise and swap ideas. By the time it moved to Newburgh Street, the early customers were back buying vintage or making our own.

What was a fantastic, genuine upsurge in interest in garage and psychedelia during late 1980/early 81 got co-opted into a moneyspinner that turn a down at heel band that tried and failed to be mod - The V.I.P.s - into a half arsed attempt at psychedelia - Mood Six. And sadly, a few more more taken in second time round.

There WERE great bands - The Nuggets, who sadly decided to knock it on the head when they saw how the scene was being exploited, and of course The Onlookers, one of the great lost bands of any era.

I should know, I was there, sipping coffee whilst listening to There Is A Mountain, poking Stiv Bators as he lay on a couch at The Groovy Cellar to check he was still alive, in the front row at Alice In Wonderland when Christian pulled the plug on Jesus & Marychain, refusing to go to the Groovy Cellar after they got the news cameras down to pump up Mood Six, and trying to avoid spilling red wine on my white jeans during the party that was the Give Daddy the Knife Cindy cover shoot.

And I still have my Regal jacket. Would never wear it these day if I could fit into it, but I keep it neat and clean in storage, a precious snapshot of a very fun time in my life

Wow!I had no idea that Eighties Psychedelic even exsisted! But it sounds cool/intriguing!

Don't forget about what the Los Angeles version of the movement with bands like Red Cross!

I thought Plastic Flowers was quite good actually.

Blue Shed Thinking tells you all you need to know about why our little scene never really developed into something more significant. His type of elitism was rife. The basic mentality was, 'this is our little clique and we don't want too many other people getting involved.' This was despite the fact that they constantly told everyone about how cool and relaxed and open they were to everyone and everything. In fact, they were the very opposite.

Mood Six and co were not central to the scene. Most of the people involved listened more to sixties music than to 'new psychedelic' bands, and virtually all the music played at the clubs was from the sixties. Having said that, while I would agree that Mood Six were far from brilliant judged by sixties standards, they were probably about average for new bands emerging in the early eighties, and I had some great nights at Mood Six gigs at places like the London Dungeon.

Our scene was fun. It was there to be enjoyed and not to be taken too seriously. It has left me with some brilliant memories. It could have lasted longer, and developed further, but it had effectively been snuffed out by the elitist element by the early months of 82.

My dad was in Marble staircase if you want to know anything?